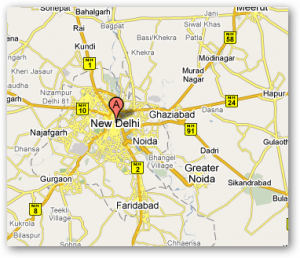 Twitter is adding location to its globally popular microblogging service in a move that will let people see where “tweets” are coming from.

“A new API (application programming interface) will allow developers to add latitude and longitude to any tweet.”

Accurate “tweet-level” location data would let people switch from tracking messages based on individuals or topics to following microblogging by neighborhood or city, according to Stone.

“There will likely be many use cases we haven’t even thought of yet which is part of what makes this so exciting.”

Outside software developers who create applications for Twitter will be able to experiment with the location API prior to the feature being added to the microblogging service.

Twitter users interested in letting their whereabouts be known will need to activate the new feature, which will be “off” as a default setting. Exact location data will not be stored for extended periods, according to Twitter.

“If people do opt-in to sharing location on a tweet-by-tweet basis, compelling context will be added to each burst of information,” Stone said.

Outside developers have been incorporating location into Twitter applications “for some time despite having access to only a rudimentary level” of support, according to the microblogging service.

“Most of the location-based projects we see are built using the simple, account-level location field folks can fill out as part of their profile,” Stone said. “Since anything can be written in this field, it’s interesting but not very dependable.”

An everyday chatting tool for many, Twitter has also become a weapon for dissidents to circumvent censorship in places where freedom of speech is suppressed.

August 22, 2009 in News
Gmail Launches Custom Themes: Use Your Own Picture as Background

August 22, 2009 in News
Are there Any Chances for iPad Competitors