Google today released Google Nexus S, manufactured by Samsung, with the new Android 2.3 “Gingerbread” operating system. This is a phone that was designed with direct input from the Google Android team. And like its predecessor, the Nexus One, which was released in January 2010, it has a “clean” install of Android. That means there is no additional software layer from third party OEMs or carriers to interfere with the user experience. Like the Nexus One, this will become the reference phone for this generation of Android. 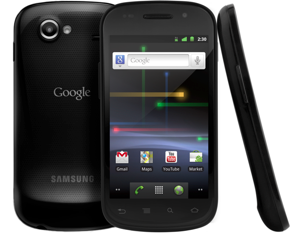 Nexus S is the lead device for the Gingerbread/Android 2.3 release; it’s the first Android device to ship with the new version of the Android platform. Google co-developed this product with Samsung—ensuring tight integration of hardware and software to highlight the latest advancements of the Android platform. As part of the Nexus brand, Nexus S delivers a “pure Google” experience: unlocked, unfiltered access to the best Google mobile services and the latest and greatest Android releases and updates.

Take a look at backstory video for more on the vision behind this product and to understand why we think “a thousand heads are better than one”:

Nexus S is the first smartphone to feature a 4” Contour Display designed to fit comfortably in the palm of your hand and along the side of your face. It also features a 1GHz Hummingbird processor, front and rear facing cameras, 16GB of internal memory, and NFC (near field communication) hardware that lets you read information from NFC tags. NFC is a fast, versatile short-range wireless technology that can be embedded in all kinds of everyday objects like movie posters, stickers and t-shirts.

Gingerbread is the fastest version of Android yet, and it delivers a number of improvements, such as user interface refinements, NFC support, a new keyboard and text selection tool, Internet (VoIP/SIP) calling, improved copy/paste functionality and gyroscope sensor support.

Here’s a glimpse of the “magic” of Google on Nexus S:

in Google, News
Gmail Launches Custom Themes: Use Your Own Picture as Background

in Google, News
RockMelt Welcomes 2011 with a Bang-Chrome Web Store