Apple Inc might never get a replacement to Steve Jobs, but then their new CEO Tim Cook is definitely leaving no stone unturned to provide the Apple lovers with what they always expect from the electronic device major. Recently, at their San Jose facility, Tim Cook announced a new iMac which is super slim, a Mac Mini, a Mac Book Pro at 13 inches and with a retina display and two all new iPads. Now, this surely shows that Apple knows the way around to its customer’s heart.

Yes, no more whining and crying over the little too expensive iPad, as we have the iPad mini here. Though it is called the mini but then it definitely has everything that the iPad brings. The lovely screen, the iSight cameras, a huge bouquet of apps and a battery which can well last for 10 hours. And the best part is, this iPad mini can easily be held in one hand. 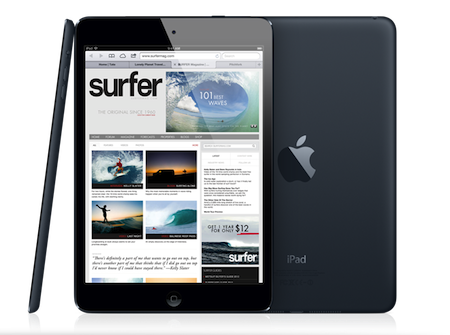 The new iMac comes with a faster processor, an awe inspiring design and a display which comes with reduced reflection. This is one of the better and the most advanced PC that Apple has made and it comes with the quad core processors and the NVIDIA graphics. The iMac is some 40% thinner than the previous version and still packs a punch when it comes to the speed at which it works at. The glass comes with anti reflection coating and is fully laminated to the LCD. This desktop PC is geared to run faster when you are either playing your games on it or working on those apps full of graphics. 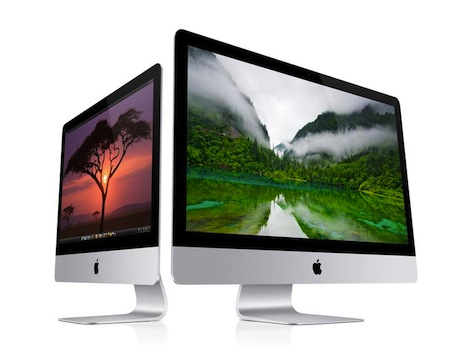 This baby comes with some 4 million pixels and has a 13 inch large screen. Yes, on the 15 inch model, there are some 5 million pixels. Now, do we really need a reason to call it “the highest resolution notebook ever” and something that is way ahead of time. This notebook, works like a charmer for someone who loves to edit movies or someone who likes to edit the photographs. The great amount of pixels makes your job easier and also brings you close to perfection. 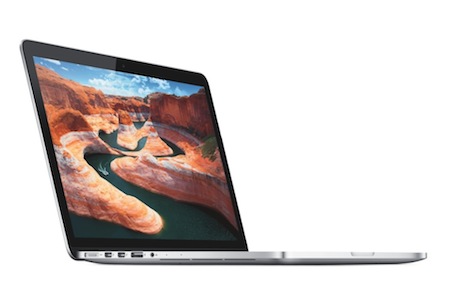 Wait and Watch What Apple has in for the New year

I believe that the one of the conclusions that one can draw from what Apple is trying to do by coming up with so many new and better versions of its products is that they are trying to rule the gadget world. They are trying to manufacture slimmer and thinner electronic devices. All the above devices that Apple has launched are thinner than their previous versions. Also, some people might have a nagging feeling that Apple might be looking to unveil a new iPad in early 2013, as it has already launched the iPad mini much before January, and this might not be the end for people who own the last version of iPad. But, then Apple has off late been launching new products with little time for its customers to spend over their latest possessions. Guess, it’s time to wait what Apple has in for the new year.

This Guest Post was provided by TechAhead Software, a leading Mobile app development company. If you have any iPhone app development requirement, you can get in touch with them on info@techaheadcorp.com

In a blog post earlier today, Gmail Software Engineer, Greg Bullock announced that Gmail will now support custom themes. You can use your own pictures as background of Gmail.

Themes have been an important part of Gmail ever since we launched them back in 2008. Not only do they let you personalize your inbox with fun backgrounds, but they’re also practical, helping you easily differentiate between multiple Gmail inboxes (e.g. work and personal).

When we unveiled Gmail’s new look back in November, we introduced a number of new, beautiful HD themes. We also heard that many of you wanted to bring an even more personal touch by setting your own background. So over the next couple of days we are rolling out a new Custom themes section with two options, Light and Dark where you can do just that.

People have always loved to give more personal feeling to everything they use. Google has had option to use own image as background in Google Search page from long, and this new features is surely gonna be welcomes by many. As expected, Google is pushing Google+ more with this feature as you can directly import pictures from your Google+ account and use them as background picture. There will be two options available for customization, Light and Dark 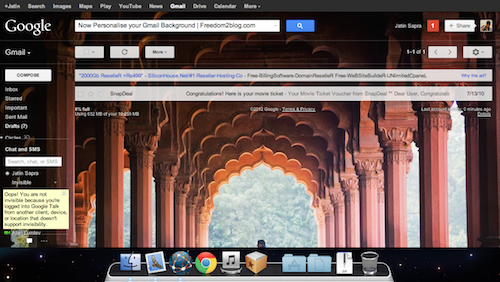 You can upload your own images directly, select from your Google+ photos or simply paste any image URL. Or, if you don’t have a particular image in mind, you can browse our searchable Featured Photos section to find one that speaks to you. With so many great options, it may be hard to choose, so to get a sense of the images available, try searching for ‘hdr scenery’ or ‘bokeh wallpaper’ in the Featured tab.

Google also notes that it will be rolling out the feature in next few days, so if you can’t see the option as yet, don’t worry.

Deleting a file in Windows doesn’t mean that it disappears forever. The system simply marks the space as free again, but the actual file is still there and can easily be recovered with the appropriate software.